A Stunning and Peaceful Location...

A Stunning and Peaceful Location...

Glenfernate (or Gleann Fearnach – Valley of the Alder Trees) lies on the southern edge of the Grampian Mountains. The land rises from some 900 feet to 3671 feet at the top of Beinn a Gloe, which is a ‘Munro’.

Geologically, the area is part of the ancient Dalradian group, and includes intensively folded strata and intrusive grantites, as well as occasional outcrops of limestone. The surface was the subject of prolonged glaciation which gouged out glens and lochs, depositing rocks many miles from their origin, and leaving behind moraines which can be see as banks and ridges.

Most of Glenfernate is drained by the Fearnach burn which flows southwards to form the Ardle and then the Ericht out through Blairgowrie. However Loch Loch, next to Beinn a Gloe, drains northwards into the river Tilt, which also forms part of the Tay but by a completely different route.

On the lower ground there is evidence of Bronze Age settlements from about 1000 BC. Since then the glen was probably inhabited continuously, depending on social and economic factors and climatic fluctuations. The remains of farmsteads from the 17th and 18th centuries are visible, and there are lengths of old stone and turf head-dykes along both sides of the main burn. Higher up are ruined shielings which were used to graze sheep and cattle in the summer months.

A well attested drove road ran from the north west highlands down Glenfernate to Kirkmichael. This was used to transport cattle on foot to the markets in the south.

For many years Glenfernate was owned by the Dukes of Atholl, and in 1927 it was bought by the Amory family, who were already sporting tenants. It is a hill farm, running 1800 blackface ewes and 60 beef cattle. There is a limited amount of low ground for root crops or silage, so the young ewes, or Hoggs, are wintered elsewhere.

Most of the ground is high and rocky, covered in heather and rough grass, and snow covered in winter. The sheep roam freely over this and are periodically gathered into a fank to be sorted and clipped. The cattle graze at will on the lower slopes. The glen is served by a private road with no general access for vehicles.

Glenfernate is also a ‘deer forest’, home to wild red deer – Britain’s largest land mammal. The deer must be culled every year and this is done by sporting tenants who stalk them, and by a keeper who shoots the necessary number of hinds in the autumn and winter.

A small hydro electric plant on a side burn provides power to the houses and farm, with the surplus being exported to the local grid.

There are some commercial forestry plantations which are now being felled. The same acreage will be replanted, this time with native species such as Scots pine, birch, oak, aspen and alder.

Glenfernate is partly in the Cairngorms National Park, and much of the rest is covered by special areas of conservation. 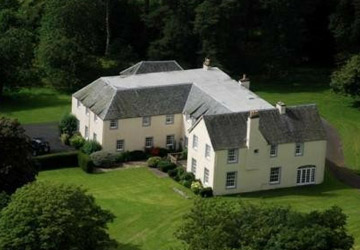 Glenfernate Lodge offers very comfortable accommodation and is wonderfully situated, making a perfect base for a family holiday. 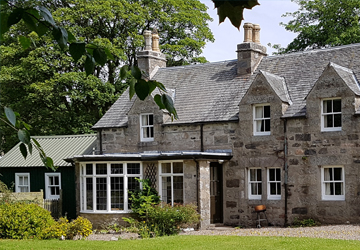 At the centre of the farm, this semi-detached spacious family house stone farmhouse has lovely views and a private enclosed garden. 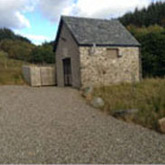 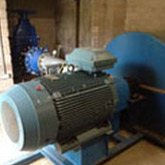 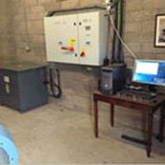 In 2012, Glenfernate went green. We installed a hydro electric scheme to provide power for the farm and most of the houses, and it has been running ever since. So when you cook on an electric stove at Glenfernate, or lie in a hot bath, it’s good to know that the energy all comes from the power of falling water, just a mile away. 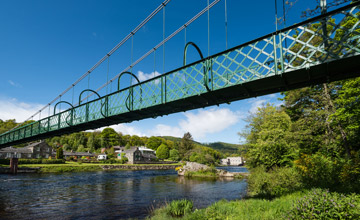 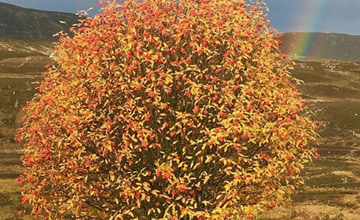